Chirag Patnaik was born in Odisha and has lived the life of an Army B.R.A.T, we commonly understand as Born Raised And Transferred. His life was mostly spent in small cantonment towns across India and he saw frequent transfers and changed numerous schools. From a small Hamlet in Northern Kashmir to the hills of Coonoor, from the deserts of Rajasthan to the lush valleys of Assam, he has lived and travelled across India. This has exposed him to India’s diverse cultures, landscapes and people.

Life in a cantonment has its fair share of sports and his favourite sports included cricket, football, badminton, swimming and squash. Army life also meant frequent school changes. With a total of 9 schools and 3 colleges, his formal education has been quite diverse, both in terms of towns he studied in and the type of education he received. College was again across the country, with the first year in Assam and then another journey across to finish the second and third from Nowrosjee Wadia College, Pune.

Army brats are known to be tougher than the rest and Chirag Patnaik indeed is. Life has taught him many lessons and they are invaluable lessons that one can learn from his life.

Be early and on-time

Nobody likes to be kept waiting and everyone’s time is precious, for we all have 24 hours in a day, not a second more or less. Those who respect and value time are the ones that are respected and valued in society. We often find people coming in late to work or to a meeting or for a casual get together and give excuses like traffic, or a puncture or anything else. We also see instances of people jostling in the queues at airports after arriving just minutes before the stipulated time. In the army, you are taught that a second’s delay can be the gamechanger in life or death. These are values that the army cadre pass down to their children and they turn out to be qualities that make them stand out from the rest. Chirag has always proven that punctuality is paramount be it at work, or when it comes to paying bills or meeting any other deadlines.

Those who know Chirag Patnaik know the impressive story of his weight-loss journey, one that is real and achievable to one who is truly determined. He was and still is a foodie, who loves to try new cuisines and dishes, but has learnt that abuse to his body is something that will impact his health adversely in the long run. The result of his weight-loss has brought his medication dosage levels drastically down, and he feels healthier from within. Exercise is a part of his routine now and a whopping 50 kg weight loss is something that one should take inspiration from.

Have a positive outlook in life

While it is easier said than done to be positive, it surely does help face the challenges life throws at you. Chirag Patnaik has taken up challenging roles in his career and his personal journey of weight-loss could not have been possible without a positive outlook in life. Throw a problem at Chirag and he will try to find a way out of it.

Be determined to achieve your goals

From working at Times of India, India Today, Indiamart, Samsung, Indian National Congress, Chirag Patnaik now heads a start-up. He has had tremendous growth in successive jobs and has climbed up the career ladder swiftly. Every organisation he has started working at, he has set goals for himself, worked hard with unfettered focus and achieved his goals successfully.

There is no ‘I’ in team work

Chirag has been a team player and more often a team leader where he guided his team members to work in tandem with each other, work on their own strengths and compensate for the weaknesses of other team members, to collectively accomplish great results. He has always carried his team along and ensured that no one is keeping themself above the team.

How to recover from a semi accident in Albuquerque

How To Book Best And Budget-Friendly Wedding Photographers Online 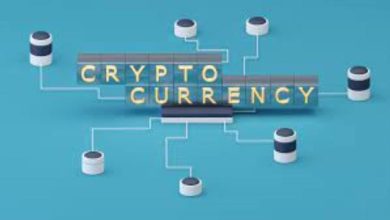 Can I create my cryptocurrency?

Make Sure You Have Provided Bybit Fees 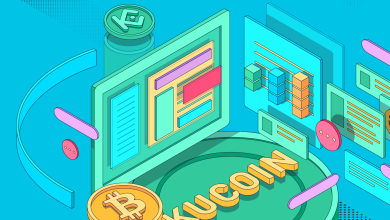