The NBA playoffs 2021 started on the 22nd May 2021, featuring the crème de la crème of the NBA. Following on from a hotly contested 2021-2021 season, the playoffs will end in July with the 2021 NBA Finals. NBA fans have never been more invested in their teams, and are excited to see how they will perform; those wishing to go one step further can check out all DraftKings NBA Playoffs odds and wager on their teams’ success.

One of the most exciting elements of basketball is its fast pace and the fact that anything is possible. Throughout the seasons there have been many an upset that has turned the competition on its head, creating excitement galore for fans and players alike!

The biggest upsets of the NBA

The Dallas Mavericks: number one seed in the Western Conference, 67-15 season record, and looking fairly comfortable to take the title. Their opponents: the Golden State Warriors, finishing the season 42-40 and only qualifying for the playoffs on the final day of the season. However, all was not as straightforward as it seemed. In the previous five meetings, the Warriors had beaten Dallas, but on current form it seemed obvious to most that Dallas would continue their winning form.

Game on was a close match, the Warriors winning 97-86. Game 2 was won by Dallas, but the Warriors won games 3 and 4 quite convincingly, and despite a nine-point lead in game 5 Dallas could not close the series out. Game 6 was a Warriors victory, who really saved the best til last, with Stephen Jackson scoring seven three-pointers, leading the Warriors to a convincing 111-86 win, truly dominating the favourites. This was the first time that a team had won 65 games did not win the championship since the Celtics in the 1972-1973 season.

1977 was the year of Blazermania! The established 76ers, top of their Conference and holding Julius Erving, former ABA All-Star were hands down favourites to win. They had come through the season with a 50-32 season record, and had already beaten the incumbent champions the Boston Celtics. The Portland Trail Blazers were a relatively new team, led by relative newcomer Bill Walton, whose biggest claim to fame was success in basketball at a college level, having led UCLA to victory in the earlier part of the decade.

The Blazers had form, having defeated the Bulls in three games, and the Nuggets in six, and even swept league MVP Kareem Abdul-Jabbar and the top seeded Lakers in the Conference finals along the way. Nonetheless, the 76ers were favourites to win, and they started well, winning their first two games. The Blazers fought back, and won the next six games, taking their first, and only, NBA title to date.

By the end of the 1960s, the Celtics has established themselves as one of the most formidable teams in the NBA, and had won 8 out of the previous 9 championships. However, by the time 1969 came around the Celtics were getting old: they no longer had the strength, speed, or power of yesteryear, and made it into the playoffs with a 43-34 season record, not great by anyone’s standards. However, the Celtics had one last hurrah, causing an upset by beating the 76ers 55-27, and the Knicks 54-28 in the Conference finals.

By the NBA final, Boston met the Lakers; a young, fresh team who had acquired a number of All-Star players including Elgin Baylor and Jerry West. The Lakers had finished the season 55-27 and looked set to topple the Celtics.  The Celtics, however, put up a good fight, and took the final to a seventh, tie breaker game. Spurred on by the balloons and flyers commemorating a Lakers win, the Celtics went for one final push, and, with a lucky shot from Don nelson, secured victory, and the championship, 108-106 at the final whistle. Interestingly, this was the first year a Finals MVP was awarded to a player on the losing team, going to West with an average of 38 points per game.

Up to this point, the Grizzlies had never won a playoff game, let alone a series, and it was no real surprise that no-one paid them much heed, especially not against a veteran and proven team like the Spurs. However, it was really early on in the series that it became clear that this was no ordinary Grizzlies team. At the end of the first game, with just 24 seconds to go Shane battier scored a three-pointer that game the Grizzlies a 101-98 victory.

Zach Randolph and Marc Gasol provided the Grizzlies with a formidable offence, ensuring a win for them for the first time in their history. It was also the first time a number 8 seed had defeated a number 1 seed since the NBA moved to a best of seven format for the first round.

Why are upsets so exciting?

It should be that upset are just that – upsets, so why do fans find them so thrilling? The excitement of seeing the underdog overcome adversity to win is something we can all relate to, and seeing history being made is also pretty cool too!

Why Is Everyone Talking About CSGO? 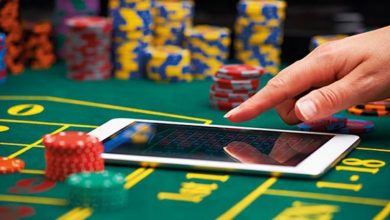 What Are The Things To Look After For Choosing A Legitimate Slot Gaming Platform? 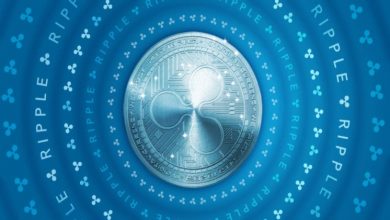 Cryptocurrency XRP: A guide to understand 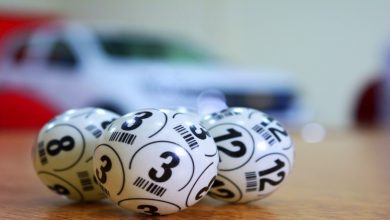 Why People Want To Play Korean Powerball Games These days?